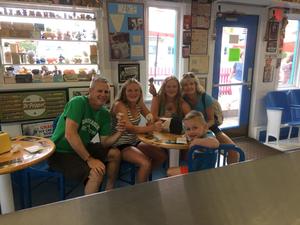 Neaton has 32 years of experience with the New York State Police. He holds a Master’s Degree in Criminal Justice from SUNY Albany, Rockefeller College, and a Bachelor’s degree in Public Justice and Psychology from SUNY Oswego. Additionally, Neaton holds certifications in mindfulness instruction and critical incident stress management, and has undergone special training in addiction counseling and death education and counseling.

“Throughout my lifetime I have sought to make a difference in the world in which we live, with a particular focus on our youth—our future,” said Neaton. “I have always been drawn to assisting, being a mentor to, and encouraging the young members of society. As a parent of six children of my own, and having worked with countless children and young adults in my various endeavors, I know firsthand how clearly important it is for students in their primary school years to have positive and influential mentors to help them along on the right track in life. I view the SRO position as a wonderful opportunity to positively impact many lives.”

Officer Neaton will attend a specialized SRO training this month conducted by the State of New York Police Juvenile Officers Association. This 5-day, 38 hours DCJS-certified course has been developed for the juvenile law enforcement officer who will be, or is interested in working in an education­al environment.

According to Potsdam Central School Superintendent Joann Chambers, “We strongly believe Officer Neaton possesses the unique characteristics, knowledge, and experience to be successful in this role. His diverse background and demonstrated dedication to mentoring and counseling young people make him an ideal candidate for this position. We are thrilled to welcome him to our school district.”

“The role of School Resource Officer requires a competent and compassionate individual who is truly dedicated to working with children,” said Potsdam Village Police Chief Mark Murray. “We believe Michael Neaton is that individual.”

In the fall of 2017, the Potsdam Central School Board of Education (BOE) expressed an interest in exploring hiring a School Resource Officer (SRO). Superintendent Chambers looked into job descriptions for SROs and met with other superintendents in school districts that employ SROs. She found that some districts employ retired officers through partnerships with local Police Departments. Superintendent Chambers also began an ongoing discussion with the Potsdam Village Police.

After the BOE reviewed the initial findings, they decided to continue investigating and begin conversations with stakeholders. A one-question survey was conducted among parents of students to gauge opinions on possibility of an SRO in the District. Two community forums were held on the topic of school safety, which included discussions about the possibility of an SRO. Parents, community members, staff members, and Board of Education members all attended the forums. Summaries of the discussions were sent to parents as well as local media for publication.

The BOE decided to include $30,000 in the 2018-19 school budget for school safety. The budget was approved by voters in May, and the BOE then decided to pursue hiring an officer through a partnership with the Village PD.